Founder of Hard Rock Café and House of Blues 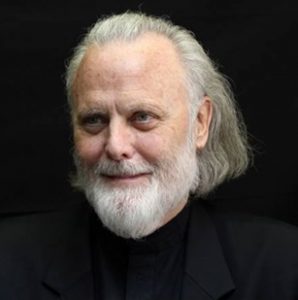 Mr. Isaac Tigrett founded the original Hard Rock Cafe at the age of 22 in 1971. Under his guidance as Chairman and CEO, He expanded the brand onto a Global scale and made it public trading both on the American and London stock exchange.

His non-profit Rama Foundation of Zurich Switzerland funded the Sri Sathya Sai Super Speciality Hospital in Puttaparthi, a free hospital for the poor and needy. Mr. Tigrett has served on numerous boards worldwide, a benefactor of the Freedom Award at

He is a Christian and has been devoted to Sri Sathya Sai Baba and His teachings for nearly 50 years.

Rev. Fr. Charles Ogada is a Catholic priest who spends every waking hour of his life in service to the poor and needy in Nigeria. He is also a committed campaigner for a loving, inclusive, multi-faith approach to spirituality.

When he was seventeen, Fr. Charles had a profound spiritual transformation which changed the course of his life and set him on course for his life of service to his fellow man. Shortly after this he joined the Catholic order of the Congregation of the Holy Spirit (often known as “Spiritans”) and entered their seminary to pursue his religious vocation. At the seminary he attained B.A., M.A. and B.Phil degrees in core aspects of religion and philosophy.  A key part of the training was individual service to needy people in remote areas of Nigeria. Returning to Nigeria, Fr. Charles became actively

involved in community development projects and poverty alleviation programs. He started to hold mobile medical camps in rural villages which have since provided free treatment to thousands of people without any other access to medical care. In 2010 with no resources but his own unquenchable energy he took an enormous leap of faith and founded the Spiritan Self Awareness Initiative (SSAI), a non-profit humanitarian organisation (registered with the National Corporate Affairs Commission, Abuja, Nigeria, and with the State Gender Affairs and Human Development Department, Enugu, Nigeria) of which he is the current Executive Director.

1999. In 2005 after winning the 2005 Rugby World Cup Sevens Serevi was appointed the Fiji Sevens team’s coach. He coached Fiji to the 2005-06 World Sevens Series victory. Serevi’s contribution to seven’s rugby to the world as Fiji’s Ideal Sports Ambassador was most recently recognized in January 2017 when he was presented the Fiji Rugby Union Lifetime Achievement Award. 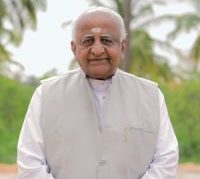 Mr. B N Narasimha Murthy served as the Warden for the various campuses (Prashanthi Nilayam, Brindavan, Alike & Muddenahalli) of the Sathya Sai Institutions for over 40 years, and has overseen generations of students right from the 1980s.

Sri Narasimha Murthy has dedicated his life to the mission of Sri Sathya Sai Baba, and is spearheading the Educare mission by setting up various educational institutions in India. 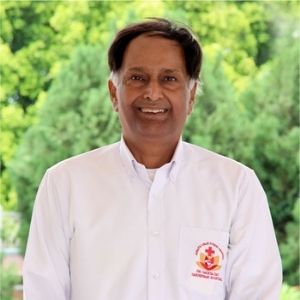 Mr. C Sreenivas (M Com & M Phil) is a dynamic social worker in Healthcare and Human Development, and for over 40 years has been instrumental in setting up and managing Sri Sathya Sai Hospitals in Bangalore and Puttaparthi.

In November 2016, the Sri Sathya Sai Sanjeevani International Centre for Paediatric Cardiac Sciences and Research was inaugurated in New Delhi by the Prime Minister of India, Hon. Narendra Modi.

Arvind Thiagarajan was mentored by Dr. APJ Abdul Kalam, the former President of India. He graduated from the College of Engineering, Guindy, Anna University in India with an engineering degree in Electronics and Communications. Arvind specializes in signal processing and algorithm development with multiple patents and several award winning technical publications under his name.

Arvind is a Charter Member of TiE Organization. AT is also a member of the DICOM Standards Committee Working Group 4 (Compression), the Institute of Electrical and Electronics Engineers (IEEE), and a charitable foundation called SAI Global Mission which focuses on Societal Advancement Initiatives globally by offering free food/ healthcare services. 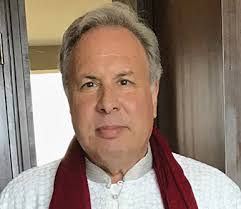 Dr. Cornsweet has been the co-director/trustee of the Gumpert Foundation, a non-profit trust founded in 2007 to provide support and training to charitable organizations in the U.S. and worldwide.

He has been active in the field of Counseling Psychology for over forty-five years. In addition to a Doctorate in Clinical Psychology, he also holds board certification as a Diplomate and Fellow of the American Psychotherapeutic Association (A.P.A.) and is licensed as a Marriage and Family Therapist in California. Dr. Cornsweet has led workshops internationally in a variety counseling and healing modalities and has taught and facilitated classes at a several schools including the School of Medicine at the University of California, San Diego and the Sri Sathya Sai Insititute of Higher Learning.

He is a two-time recipient of the California Commendation Medal for his work in teaching Combat Life Saving while serving in the California State Military Reserve. Dr. Cornsweet is a board member of Divine Will Foundation which focuses on serving and uplifting society. He also serves as the coordinator of the Sai Global Federation of Foundations.